The home of Champions hosts the first marathon ever

Iten has been re-known for decades as not only the home of champions but has also become the top international training center for elite runners across the world and on Sunday 5th July 2015 its history entered a new page as the inaugural Iten marathon kicked off in Iten town to Chepkanga along Iten Eldoret road and back to Iten while the half marathon kicked off from Chepkanga heading to Iten where hundreds of fans gathered to witness the thrilling battle live for the first time at home as opposed to the previous times when one needed to travel or watch on the TV screen a marathon race. 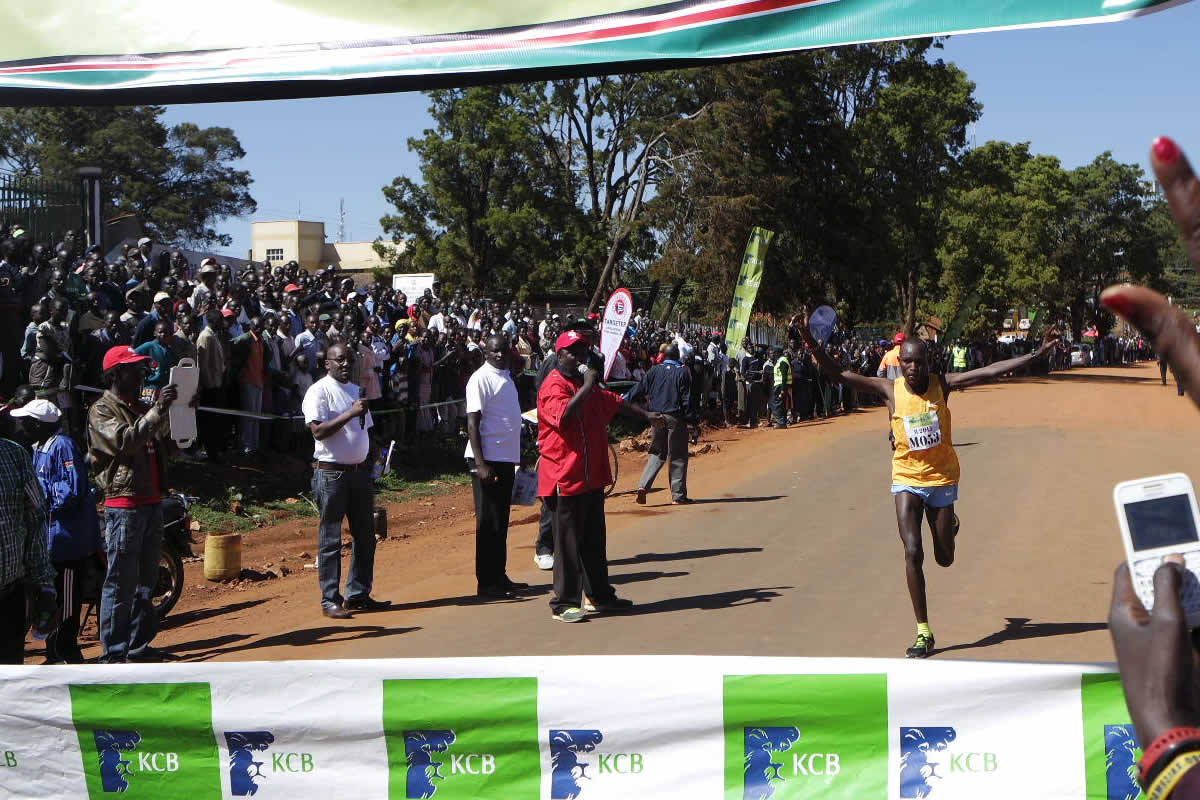 “I heard of this race last year and since then I stated preparing. When we started I was confident to perform good but dint expect it to be a win, the first 10km was easy and by 12th km I stated moving and I noticed everyone was ready for any move and I had to wait till 30 km when I decided to go and that’s all. No one followed.” Said Kiplagat who is under Rosa Associati training camp in Eldoret

In women’s category, the show was thrilling and dramatic as Pamela Jemeli sneaked out of the women’s park and roll on with the men to win the women’s 42 km in an impressing time of 2:45.04 minutes living Mercy Jemutai 2:45.41 minutes thinking that she was the leading woman to settle in second position while Edna Kwambai 2:46.06 minutes fished distantly third. Fourth position was claimed by Gladys Biwott 2:47.56 minutes followed by Rodah Tanui 2:48.17 minutes. In sixed position came Nancy Rotich 2:48.28 minutes trailing Emily Jemutai 2.49.43 minutes, Viola Bor 2:52.32 minutes , Roselina Kiboino 2:52.36 and Phyllis kangogo to clinch the seventh, eighth, ninth and tenth positions in that order.

In half Marathon Steven Chebongi took an early lead from tenth km to the tape to win the 21km race in style in a time of 1:05.59 minutes while Josphat Kiprop 1:06.01 minutes out-sprinted Kenneth Keter 1:06.02 minutes in third place.   Philip Cheruiyot 1:06.10 minutes came fourth, Gilbert Masai 1:06.12 fifth and Albert Kangogo 1:06.16 minutes to close the top six podium.

Flomena Jepkosgei 1:16.44 minutes lead the better part of the race to win the women’s half marathon ahead of the well known, Pascaua Jepkorir 1:18.39 minutes in number two followed by Susan Kosgey 1:20.51 minutes in third place. Beatrice Jerop 1:21.16 minutes finished distantly fourth ahead of Alice Serser 1:21.25 minutes and Purity Kimetto 1:21.54 minutes in fifth and sixth places respectively.

The event was organized by Tayari Athletics’s Celestine Saigut a Kenyan from Iten married to German with the aid of other sponsors including Kenya Commercial Bank (KCB), Transnational Bank, Reale Hospital, and Mediheal group of hospitals among others   in full marathon, top ten received a price money with the first pocketing ksh 500 000 about $5000 while in half marathon only the top six were awarded. 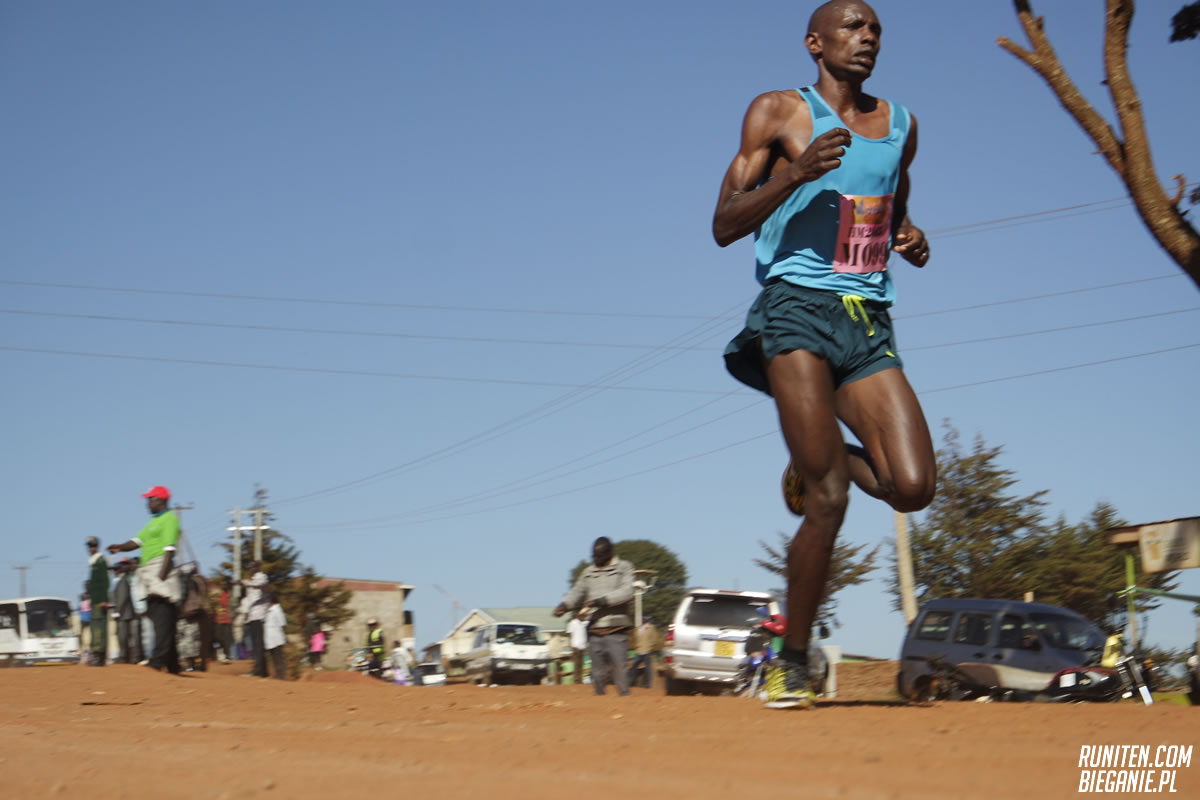